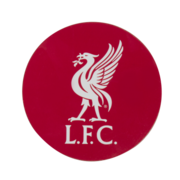 I've been a Reds supporter since the 1950's despite my parents and most of my mates being Blues. My first match was v Middlesbrough in February 1957 in the old Division 2 (we lost 2-1). The best match I saw was Liverpool 3 Inter Milan 1 in 1965 - also the best for atmosphere as we had just won the FA Cup for the first time..I don't get to PL matches these days but I did get to Carragher's and Gerrard's testamonials. As well as the first team I enjoy following the U18's and U23's on LFCTV and managed to see the U23's playing two matches at the Nuneaton Tournament in July 2017. Having retired some years ago I miss footy chats with colleagues and find Kopfans an excellent substitute.

"Euro 2020 has been postponed until the summer of 2021 and likewise the Copa America.  Hopefully this will allow domestic fixtures to be completed but there is no guarantee that will happen as the pandemic is going to get much worse in the UK before…"

"There seems a chance that Liverpool will be awarded the title even if the season finishes now, but I think every effort will be made to complete League fixtures even if the FA Cup and possibly the CL are scrapped.  The European places and promotion…"

"I'd rather Adrian punched the ball than try to catch it and drop it at the feet of a forward, as long as he gets good distance on his punches. Let's hope Alisson is back for Everton."

"I'm glad I don't have to make the decision about the midfield - I'll just trust in Klopp's judgement. Difficult as it may be to break Athletico down, my concern is about keeping a clean sheet, which we haven't done since the Norwich game (and that…"

"Fabinho's form is a strange issue. Watching him yesterday he didn't do a lot wrong, the problem was what he didn't do, which was to dominate the midfield like he was doing before his injury. He's had enough games now for the issue not to be one o…"

"That performance was little better than Watford but at least we got the three points which is all that matters in the end. It was an unbelievable decision by the ref not to give a foul for their goal and even more unbelievable for the VAR official…"

"I would keep Mane in the team. I'm not in favour of saving players for Athletico. The PL is the main prize this year. The CL would be a bonus. I would have Ox in midfield. He is better there than in the front three. Losing Alisson is a blow bu…"

"I think you are right about teams finding a way to play against us (defend deep then counter attack) but its not a recent thing. Its been happening all season but until recently we have been finding ways to overcome those tactics, though often this…"

"It was disappointing to go out of the FA Cup at Chelsea but I think there has been an over reaction from the media and some fans. This was always going to be a difficult game and with 7 changes from Saturday there was always a chance the team would…"

After a sobering defeat at Watford I have seen calls for a first team eleven to be picked for this game.  I don't think that will happen and Klopp has hinted that the team will be of similar strength to that which played at Shrewsbury in the last ro…
See More

"That was a bit of a surprise to me but I guess it was to be expected given the high profile recent success of our U23 players.  I wasn't too sure about Neil when he joined the Club.  He didn't seem to be a forceful personality.  However, he proved m…"

"The most disappointing aspect of that defeat was that no part of the team functioned at anything like their usual level. Some pundits are criticising Lovren in particular, and while he was dire, especially in his positional play, the rest of the pl…"

"Gomez has a small fitness issue and has been omitted as a precaution. I hope Lovren has a better game than he did last time out at Shrewsbury."

"There's added pressure on Watford after Norwich's win over Leicester last night. Not sure if that will be in our favour or just make them even more determined. I'm also not sure why Norwich are bottom They have always played well when I have watc…"

Another game against a relegation threatened team tomorrow evening.  Usually there are a few easy games at this time of the season with several teams having little to play for, but this season it seems those not fighting relegation are striving for…
See More

"I don't think complacency is an issue. I think the current lack of rhythm is more to do with a reaction to the terrific effort the team put in over December and January, which included the World Club Championship. We all wondered whether that comp…"
More…
Loading ...